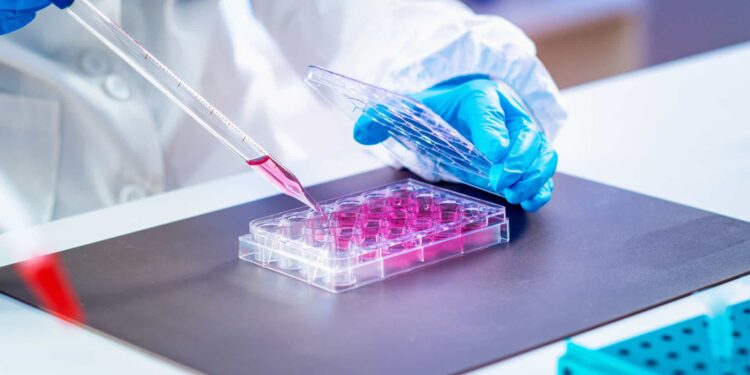 Non-obstructive azoospermia involves a group of problems, which produce a similar outcome: Lack of sperm production/maturation. Spermatogenesis, which is a term used for the sum of all of the processes involved in production and maturation of a sperm cell, has multiple steps. Any malfunction during any of these steps can cause problems in obtaining a mature sperm cell in the ejaculate. These stages can be roughly categorized as Mitosis (making copies of the germ cells), meiosis 1, meiosis 2 and final differentiation. The whole process takes about 65-70 days to complete and results in a mature sperm cell.
​
Depending on the stage where sperm production/maturation comes to a halt is important for determining success with stem cell therapy. Sperm maturation problems could be attributed to intrinsic germ cell defects or extrinsic somatic and/or endocrine problems. Knowing the difference can be the key to identify the precise targeting of the problem. However, such targeted therapy is currently not available in the human model. The following picture helps with visualization of the spermatogenesis process:

Mitosis is the stage where the germ cell line multiples and grows in number. Differentiation comes in during the later stages. For instance, if spermatogenesis can reach the stage where it results in spermatids, then the main issue rests with final differentiation into the sperm cell as we know it. This is probably one of the most suitable cases for stem cell therapy as only one stage in the process of spermatogenesis is problematic and the likelihood of successfully addressing the problem is higher.

If the problem is in the earlier stages and there are no immature sperm cells being produced, then the task becomes more challenging. Therefore, the further down the process of spermatogenesis we run into problems, the higher the chance of success with any intervention we use.

As part of the stem cell therapy at North Cyprus IVF, we isolate stem cells from the patient’s own adipose tissue to be obtained from abdominal liposuction. This is a small-scale surgery, which is performed by a surgeon. Standard surgical procedures apply, which means food and drink restriction to be observed starting at a certain time before the surgery. We also perform a number of tests to confirm suitability for surgery. These are rather standard procedures.

Adipose tissue obtained via the liposuction process is then subjected to enzymal dissociation and several other procedures so that the stem cells can be successfully isolated. In the meanwhile, patient’s platelet rich plasma (PRP) to be obtained from peripheral blood sample is also isolated separately. After the stem cells are subjected to culture media and seeding and once all the procedures are carried out, the combination of PRP with stem cell population is injected into testes at various different locations.

After the procedure, you are discharged from the hospital either on the same day or the next day, depending on recovery process. A semen analysis is required three months after the stem cell therapy to see the effects. In patients with intact spermatogenesis with the problems in later stages, we expect to observe live sperm cells in the ejaculate approximately three months after the procedure. If we do not observe live sperm cells in the ejaculate, a TESE/TESA procedure is scheduled to look for maturing sperm cells which can be used for fertilization. The entire treatment takes about 2-3 days (pre-testing, procedure itself and recovery time). This means you will only be required to stay in Cyprus for 2-3 days in total.

What is the cost of stem cell therapy for Azoospermia?

The cost of this procedure is 6,000 Euros, which includes the pretests before surgery, all the laboratory work involved and injection of the stem cells as well as your stay at the hospital for one night. The tests required before planning your treatment are ideally done in your local country and are not included in this fee.

You will find more information on our “Stem Cell Therapy for Non-Obstructive Azoospermia” page.

North Cyprus – The Safest Country in the World During the Covid-19 Pandemic!

North Cyprus – The Safest Country in the World During the Covid-19 Pandemic!