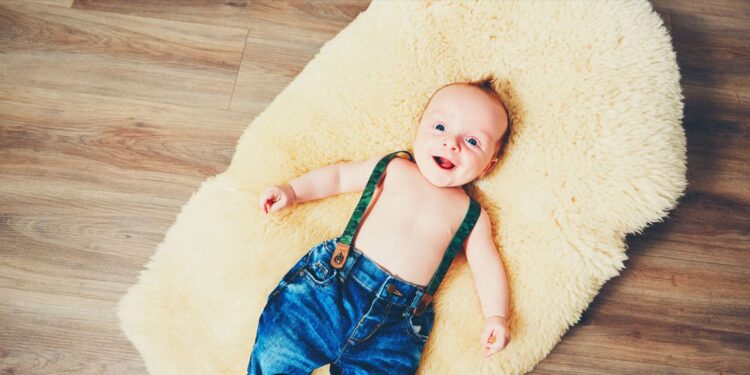 Each treatment option is suited for a specific patient group, therefore, it is of vital importance to first make an assessment of your unique fertility needs before proceeding with treatment. Your fertility assessment can be made in a number of steps.

The first step is the initial testing process as outlined in our “Infertility Testing and Interpretation of Test Results” section. In this section, we briefly talk about how to get started with the testing process. In the subsequent section, “Choosing the Right Treatment“, we talk about treatment options that might be suitable for different patient groups based on their ages, fertility assessment, previous obstetric history and possibly previous history of failed infertility treatments.

Please read this section first before looking into the treatment options.

As much as treatment, your lifestyle also has a very large impact on the outcome of your treatment, therefore, it will be important to make a few sacrifices and commit to a healthier lifestyle in order to “Boost your Fertility“.

It is most certainly okay to not know which treatment type is better suited for your needs. That is where we come into the picture. Infertility treatment is a financial as well as an emotional investment. If you are not thoroughly assessed and consulted, then your treatment decision may be misguided and may not yield desired results. In order to maximize your chances of success with fertility treatments, it is very important to carry out the necessary tests and diagnoses so that an effective assessment can be made and that your treatment is customized for your specific needs.

From time to time, we receive patient inquiries saying that they have undergone IVF treatment a number of times but they all failed. Sometimes we may not be able to explain why treatments fail, but if each and every treatment was carried out the same way without any further investigation and any adjustments to the treatment protocol, then it is likely that the clinic did not have your best interest in mind. Now that there are numerous clinics and hospitals offering treatment, it may be difficult to pick the best one. However, rule of thumb is, do not go to any clinic that is willing to take you on board without a thorough investigation of your needs. IVF is a very personal treatment and a single prescription is not going to fit all.

On the bottom, you will see the treatment options offered by North Cyprus IVF Clinic. If there is anything that may not be clear or if you have any questions at all, please feel free to contact us. Please allow up to 3 business days for response time. Although we would love to get back to you within minutes of your request, we take every request very seriously and make sure that our doctors review your request before IVF coordinators communicate with you. A medically correct response is much better than a quick but empty response.

Mostly suited for patients in their 20s, IUI treatment is the least invasive infertility treatment where a mild ovarian stimulation protocol is followed followed by sperm injection. This treatment has a general success rate of 25%

Mini IVF Treatment is a relatively new treatment method suited for older age brackets, especially for patients in their 40s. Mini IVF aims to obtain a few, but high quality eggs through a mild stimulation cycle.

At North Cyprus IVF Centre, ICSI is a standard procedure offered alongside with IVF Treatments. Success rate with IVF is significantly higher than the artificial insemination (IUI) method but this method is more invasive.

IVF with Cytoplasmic Transfer is also a treatment option for female patients in more advanced age brackets who have an acceptable ovarian reserve but are at the risk of having damaged mitochondria due to aging eggs.

Egg donation or donor egg IVF treatment is a treatment option suitable for female patients whose ovarian reserves have been severely depleted or compromised. A young and healthy egg donor is matched with the patient to plan a successful pregnancy.

Many men suffer from Azoospermia which can have an obstructive or non-obstructive causes. If for any reason, the male patient is unable to produce normal sperm cells that can generate pregnancy, use of a sperm donor will be a viable option.

Egg and Sperm donation, also known as embryo donation is an IVF treatment option for couples with both male and female factor infertility. In this treatment option, both and egg donor and a sperm donor are used to produce the embryos in vitro.

Gestational surrogacy is a treatment option for women who are unable to carry a pregnancy to a full term or for gay male couples who need the help of a surrogate to have a child. Our US-based program

Same sex parenting, also known as gay surrogacy is a treatment program suited for same sex male or female couples who need the help of a gestational surrogate to have their own child.

Surgical sperm retrieval becomes an option for men with azoospermia or any other obstructive damage. Based on your fertility assessment, the right type of sperm retrieval method can be selected.

Human egg freezing, or oocyte cryopreservation is a treatment option for women who would like to preserve their fertility and plan their pregnancy at a future date. Egg freezing is very much like an "IVF savings account"!

For the Curious Reader!

With emerging new innovations in technology, medical professionals keep pushing the boundaries of medical research. While medical innovations often aim to offer alternative treatment options to groups of patients who cannot currently fully benefit from existing choices, sometimes these medical innovations are scrutinized for stepping in territories they do not belong. One such controversial debate involves therapeutic cloning of human embryos. Even though the level of medical knowledge and technology used in embryo cloning are to be treasured, the act of cloning human embryos itself needs to be evaluated in terms of its implications in the code of ethics.

Since the cloning of “Dolly” in 1997 using a somatic cell nuclear transfer method, there has been a heated discussion as to whether or not this technology should be extended for use in human embryos. At this point, a distinction needs to be made between therapeutic cloning and reproductive cloning of human embryos where the former refers to using the somatic cell nuclear transfer (SCNT) method in order to obtain patient-specific stem cells for medical purposes1 and the latter refers to producing clones of a person. In 2005, the United Nations declaration on human cloning called the member states upon to prohibit all forms of human cloning on the basis that they are not compatible with human dignity and the protection of human life and that they can potentially lead to exploitation of women2.

While reproductive cloning of human embryos is viewed as highly unethical morally wrong, there are differing views on doing so for therapeutic purposes. Proponents of therapeutic cloning mostly believe that by creating immunologically compatible embryonic stem cells, it can potentially address serious medical conditions that arise from cell degeneration or cell death. Following a number of reported successful attempts at cloning, in 2004, the Human Fertilization and Embryology Authority (HFEA) granted the first license for cloning human embryos in the UK3.  The purpose of this license was not to create human clones for reproductive purposes, but rather to investigate into the possible treatment of certain medical conditions. Therapeutic cloning of human embryos holds a promise in research and clinical applications including the use of stem cells as a vector for gene delivery and cell replacement in regenerative medicine4. In the field of regenerative medicine, embryonic stem cells can be used as a source of replacement cells and tissues to treat conditions such as macular degeneration, Immunological diseases, Nervous system diseases, spinal cord injury, stroke, burns, heart disease, diabetes, certain cancers, digestive disorders, lung diseases, arthritis and many more5,6.

While there exist many potential benefits to therapeutic cloning for stem cell research, opponents of this technology point to the ethical issues associated with creation and destruction of embryos for medical treatment or research purposes. One of the main arguments against cloning of human embryos is the argument of potential. This argument rests on two premises: An embryo has the potential to grow into a person, and it is morally wrong to kill a person7. A second line of argument, uses a similar reasoning by accepting embryo as a potential person and suggests that when an embryo is created for medical or research purposes, there is no intention of letting that embryo grow past the blastocyst stage, which essentially means denying a potential person right to life7,8. Another strong opposing argument advocates that the distinction between cloning of human embryos for therapeutic purposes and reproductive purposes is not a clear one and this research is a slippery slope where the line between medical and reproductive cloning may eventually get blurred and the scientists can possibly open the Pandora’s box9. A final concern over cloning of human embryos, as stated by the UN declaration, has to do with possible implications on female exploitation. Given that cloning of embryos requires the use of human oocytes, this project requires participation of a large number of women before any outcome can be reported after a series of trial and error procedures.

Just as there are many benefits to stem cell research using human cloning, there exist several grounded concerns. However, with the numerous possible benefits of therapeutic cloning, abandoning this research on the grounds of fear that things may get out of hand and the technology may get misused does not seem to be the appropriate action. It is very possible to create a legal framework where the anticipated benefits can be realized by minimizing public fear and other associated risks. In order to do so, certain components such as transparency, independent oversight via ethics committees, and a successful demonstration of benefit of this technology will need to be established. With a well-structured legal and ethical framework, allowing cloning of human embryos for therapeutic purposes and not for reproductive purposes can very well be justified.

The IVF Guide is Now available on Amazon ​and Barnes & Noble

IVF Treatment is one of the most personal journeys couples go through- A journey with ups and downs, tears and hopefully joy. You may have been through various tests and treatments without a positive outcome or you may just be beginning to look into your options. One important thing before embarking on such a journey is to equip yourselves with the right information about physiological aspects of fertility, pathologies that may cause infertility and available treatment options both in current use and on the horizon. The IVF guide will help you understand normal physiological processes as well as where things may go wrong that will lead to issues of infertility.
Buy From Amazon
Buy From Barnes & Noble
No Result
View All Result