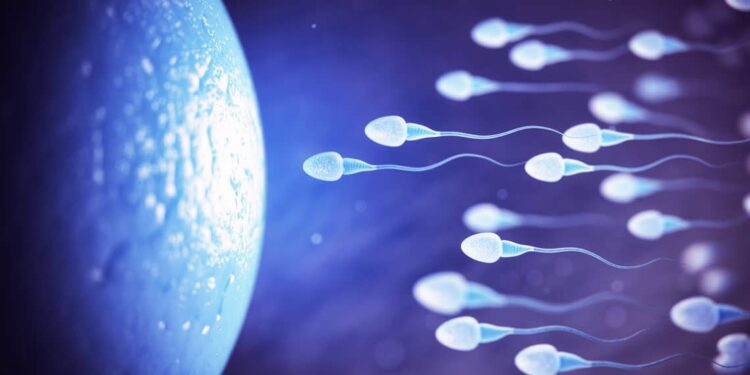 Infertility stems from three main factors: Oocytes, Sperm and Female reproductive tract problems such as unfavorable uterine or ovarian conditions. There are also other factors such as immune system problems, infectious diseases or environmental conditions but the incidence of these problems is relatively lower compared to the oocyte, sperm and uterine/cervical/ovarian factors.

Up until today, many advances in technology have allowed us to select better performing sperm during IVF treatments in order to give our patients a higher chance of success. One of these advancements has been Intra Cytoplasmic Sperm Injection, known as ICSI. ICSI is a method where the embryologist hand selects the best performing sperm under the microscope and injects it directly into the egg cell for fertilization. This method is now used as a standard procedure in all IVF treatments at North Cyprus IVF Centre.

More recently, at North Cyprus IVF Center, we are able to offer another scientific break-through in IVF treatments for the first time in Cyprus since 2015, known as the “Integrated Microfluidic Chip”. This system is designed to allow only the motile sperm with DNA integrity to pass through the microchannels of the chip. That way, the sperm that is sorted by the mechanism is known to be pure and higher quality. In a way, the sperm cells need to undergo a microscopic obstacle course in order to reach the other end of the chip. This increases our chance to use the sperm cells that are most likely to successfully fertilize the eggs.

One of the good things about this device is that it uses no chemicals or centrifugation, meaning, the technique does not add any stress to the sperm cells while doing its job. The device relies only on the sperm cells’ own ability to move through the microscopic channels. Biologically, in natural conception, sperm cells swim through a variable fluidic environment in the female reproductive system with watery micro-channels that help guide them to the egg. In this device, sperm cells are placed at one end of a narrow channel and are let to swim toward the other end. After the incubation period, the sperm that have successfully made it to the finish line are removed from the channel’s end and are used for fertilization via ICSI. The idea is to mimic what happens naturally, which is known to minimize the risk of genetic abnormalities as a result of natural selection.

The integrated microfluidic chip for sperm selection is an ideal method for patients with sperm related problems. Especially male patients with poor sperm motility and morphology can highly benefit from this technology. However, the main group of patients who can really benefit from this technology is the couples whose embryos fail to develop beyond a certain stage of development due to likely genetic problems with the sperm. It has been shown that sperm samples with high DNA defect are associated with lower blastocyst formation and lower implantation rates as a result. This is due to the fact that sperm cells empty their genetic content into the egg a few days after fertilization. Therefore, even though there is fertilization, embryos will stop growing after a few days when there is a DNA defect with the sperm cell that has fertilized the oocyte. This is precisely why this current technology is an important breakthrough which can possibly reduce IVF failures by a large degree.

The following diagram summarizes how the MicroFluidic chip works and how the sperm with more DNA integrity can be selected with the use of this technology:

A mixture of the raw semen is placed on one side of the MicroFluidic chip. These sperm cells go through a microchannel network, which mimics the cervical pathways. Only the viable sperm cells will be able to complete this route and reach the other end of the microchannel. This ensures a successful selection of the higher quality viable sperm for the following IVF/ICSI procedure.

– Men whose sperm testing indicate very poor morphology. If there are almost no normal sperm cells in the ejaculate, then being able to select the ones with no DNA defect should be the primary concern. Since the MicroFluidic chip is able to separate the sperm cells based on their DNA integrity, those sperm cells that are able to make it across the chip will be the ones to possess this quality. This is a significant advancement from the ICSI/IMSI technologies, which only allow the embryologist to choose the “best looking” sperm cells with no reference to their DNA content or integrity.

– Couples who have undergone a number of failed IVF cycles where the female patient is not suspected to have any problems. Especially in cases where embryo growth slows down after the cleavage stage, sperm-related problems are more emphasized. It has been shown through various studies that while the sperm cell is able to fertilize the oocyte upon fusion, the DNA content of the sperm cell is not activated until the later stages of embryonic development. More precisely, after the cleavage stage of the embryo. If a couple has undergone several IVF attempts and the embryos fail to grow past a certain stage of development when both sperm cells and oocytes “appear” to be normal, then the problem might be stemming from a sperm DNA defect. In this case, the MicroFluidic chip can separate the good ones from the bad.

– Men who have undergone sperm DNA testing and have been diagnosed with a DNA defect. In this case, the MicroFluidic chip is not only recommended, but is seen as a necessity.

It should, however, be kept in mind that MicroFluidic sperm selection comes with its limitations. While the technology is ground breaking and its application has so far produced incredible results, not every patient will be suitable for treatment with the MicroFluidic chip. As explained above, the chip mimics the natural cervical pathways for selecting the “best performing” sperm cells. However, the sperm cells should have a certain level of mobility (motility) in order to swim across the chip to make it to the other end. If the sperm sample has very poor motility, it is likely that there will be no sperm cells that will make it to the other end of the chip and the method will fail. In order to avoid this problem, at North Cyprus IVF Centre, all sperm samples are well-examined prior to being placed in the MicroFluidic chip and only the samples with more than a certain level of motility are accepted for the procedure.