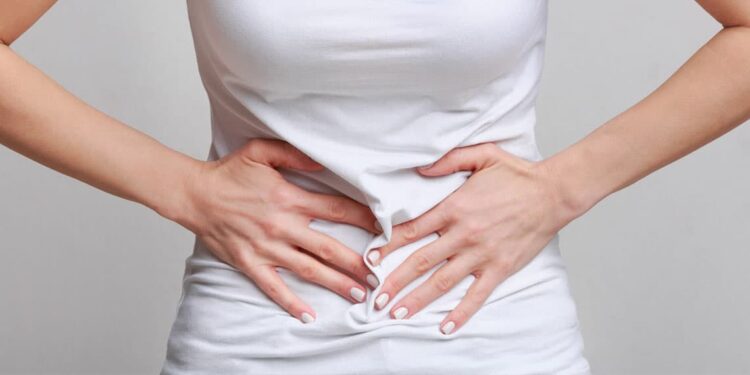 It has been suggested that the main factor contributing to PCOS and its symptoms is insulin resistance. People who are resistant to insulin have an ineffective transport of glucose from blood to the cells and muscles where the glucose is used for energy. Instead, it is built up in blood, causing the body to produce higher and higher levles of insulin in an attempt to lower the level of glucose accumulated. Excess insulin production does not only lead to storage of fat, causing weight gain and obesity, it can also interfere with the reproductive pathways.

Some experts believe that insulin resistance is not to blame for PCOS but rather we should focus on hormonal dysregulation of the hypothalamus of the brain. This is the region responsible for production of hormones and stimulation of the pituitary gland, which has a substantial amount of influence in the female reproductive system.

The following symptoms are the most frequently observed sympotms by women who have polycystic ovarian syndrome (PCOS):

-Some patients with PCOS will also experience an onset of excess hair growth, which is known as hirsutism. Excess growth of hair can be on the face, on breasts or on other parts of the body.

-Patients whose PCOS may have been contrinbuted by insulin resistance are also likely to experience weight gain and difficulty in managing their weight even though various weight loss plans may have been attempted.

Symptoms can vary across women depending on how polycystic the ovaries are and many other factors that might be at interplay.

What is the relationship between PCOS and Infertility?

Patients affected by PCOS are highly likely to have infertility problems. This is due to the ovulatory problems that are associated with PCOS. While some women are still able to ovulate despite having PCOS, some women will not ovulate at all, making it impossible for natural conception to occur. In order for natural conception to take place, an egg should mature and should be released from the ovaries so that fertilization with sperm can take place. However, if there is no ovulation, the eggs will not receive maturity.

It is possible that some patients with PCOS will have naturally regular menstrual cycles and will conceive without any problems, and may not even realize that they have the condition. On the other hand, some patients will exhibit eveyr single symptom in the book and will have a very difficult time achieving pregnancy. This means that PCOS is not a condition that can be managed with a single prescription. Each case will require a unique approach and attention for effective management.

Can I conceive with PCOS?

Absolutely! While PCOS is a condition which is closely associated with female infertility, the chance of achieving and maintaining a successful pregnancy with women who have polycystic ovarian syndrome using fertility treatments is very high. Majority of women with PCOS will be able to achieve and carry a pregnancy to a full term with the use of fertility treatments.

However, it is important that the fertility treatment program of a woman with PCOS is very carefully planned by an IVF specialist. Designing a suitable treatment program will necessitate that your IVF specialist is informed about your hormone levels and your antral follicle count (AFC) so that the dosage of your medication can be adjusted accordingly. For more information on these tests, please visit our “Infertility Testing” Section.  The good news is, women with PCOS respond very well to ovarian stimulation medication, therefore, even mild doses of medication will allow us to obtain many oocytes from your ovaries. The bad news is, if you are receiving assistance from an inexperienced clinic, you will be running the risk of a severe case of ovarian hyperstimulation, which can be a very unpleasant side-effect of controlled ovarian hyperstimulation (COH).

At North Cyprus IVF Centre, we make sure that our IVF specialists work with specialist endocrinologists in optimal management of your PCOS.